Six teams went head to head at the live mains tapping competition held at WIOA’s 42nd Queensland Water Industry Operations Conference on 7 June. The City of Gold Coast teams, “Tapping Tubbies” (Trent Roberts and Spencer Stacey) and “Kool Tappings” (Matt Pochadyla and Daniel Lee) finished ahead of teams from Queensland Urban Utilities, Logan City and Redland City Councils.  The winning time of 1 minute and 47 seconds was marginally ahead of the Tubbies’ best effort to win the inaugural competition hosted by qldwater in 2016.  That’s right – they are the team to beat!

While mains for new developments these days typically come with fittings for property services pre-installed, live tapping still has a place in brownfield areas.  When rigged up above ground with an enthusiastic crowd cheering on, there is plenty of action (and this year in particular plenty of water for the crowd to dodge).

Thanks to Reece Civil as the equipment sponsor and Ixom as the trophy sponsor.  Ixom will also be providing a $1,000 donation to the Tubbies’ nominated charity, the Animal Welfare League’s shelter at Coombabah.  qldwater would also like to thank the people from Logan City Council (particularly Brad Milfull) and City of Gold Coast (Kent Weeden, Alan Batchelor and Ben Pennell) for their huge efforts in sourcing water and setting the gear up. 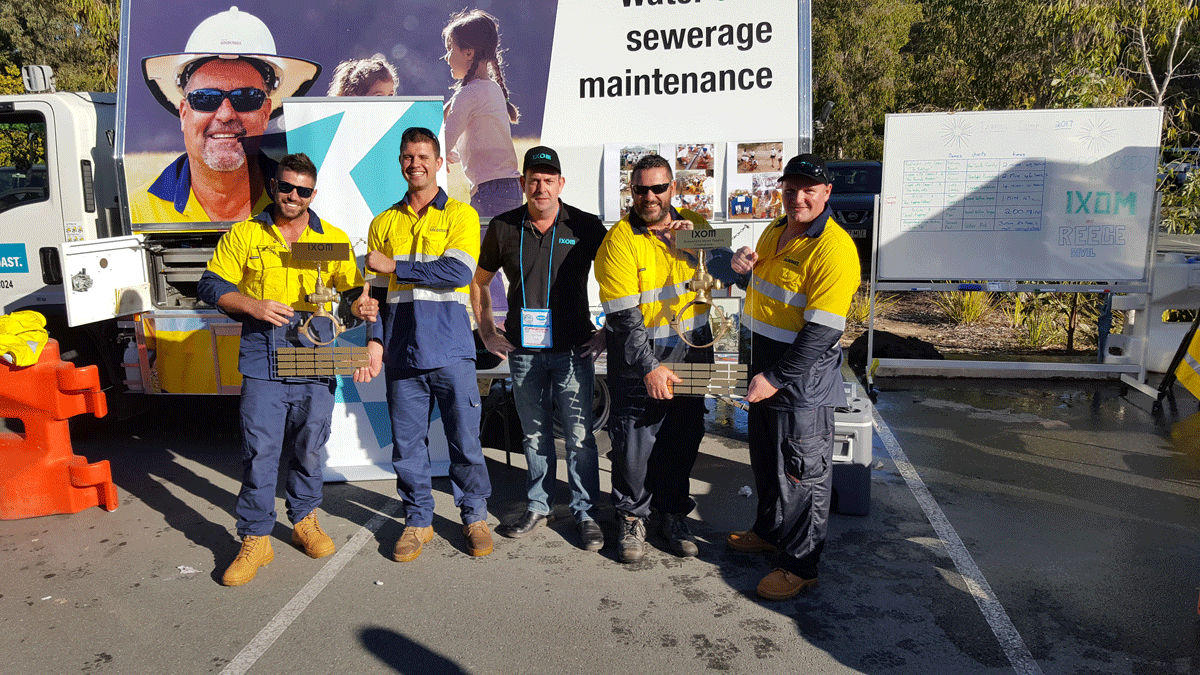 A bit more about the competition

Each team consists of 2 people.

Each team supplied with:

A 100mm DICL water main pressurised from a water tanker (or hydrant) will be set up on a stand.

The competing teams complete a safe work method statement prior to commencement of competition.

The 2 person team installs the tapping band and ferrule on the 100mm pipe, then tap the water main, install 1 metre of poly pipe and then install a ball valve on the end of the poly.  When completed the ball valve is turned off, tools returned to tool box, and when the box is shut the time stops.

The tapping is inspected for any leaks, if no leaks occur the time is recorded.

There are two heats and one final. The fastest time recorded is the winner.

More photographs of the 2017 competition are available on the WIOA SmugMug site.