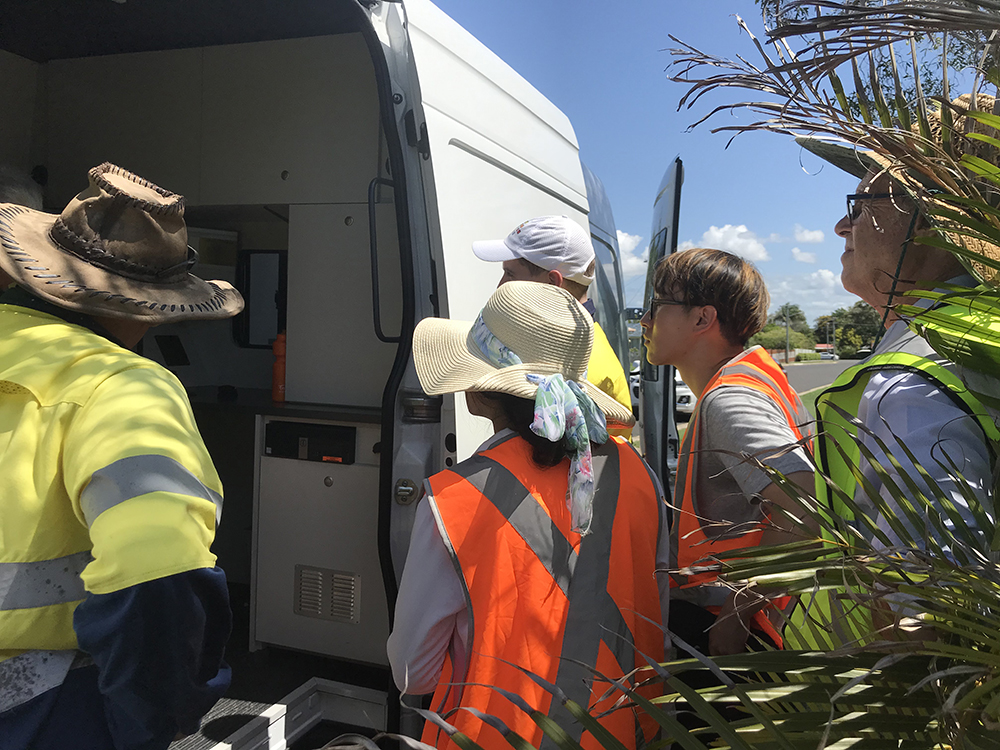 It was a case of win-win-win for a recently completed QWRAP project that funded three CQU students to assist councils of the Wide Bay Burnett Water Alliance (WBBWA) in reviewing CCTV footage as part of their successful, ongoing sewer rehabilitation program. Three undergrads were engaged during University breaks in 2020, reporting to supervising engineer Charise Bernil-Abbott from Fraser Coast Regional Council.

The projects were designed to support the students while raising the profile of the water sector with the local University and also undertake a range of asset assessments to inform sewer relining across the region. The students assessed over 1000 assets across South Burnett, Fraser Coast and Bundaberg Regional councils to identify areas for improvement and to detect any defects arising during the work. The students’ skills and attention to detail meant that their induction to the work was rapid and they became very efficient in conducting condition assessments.  The total time taken for the assessment was judged to be less than if the work had been outsourced. Suggestions provided by the students have been incorporated into future work as part of continuous improvement of the program.

“The students’ attention to detail was notable and their ability to pick up even small defects was attributed to their interest in the project and current attitude to learning.” - Charise

The WBBWA was the first region in Queensland to collaborate on assessment of assets for relining and also to work with students. CCTV condition assessment is an essential tool in analysing condition of pipes and allows council decision makers to determine where pipes needed immediate attention versus being left for a future round of rehabilitation. Early or unnecessary replacement of sewers is extremely expensive and careful condition assessment as part of a relining program has saved millions of dollars for councils in the region.

Undertaking the work cooperatively save money for the councils involved. It is estimated that the project saved $60,000 because of the approach taken with much larger savings attributed to the improved service and avoided costs provided by the relining program.

The results of the project will be shared with other QWRAP regions and a webinar is being planned to exchange information on assessment technologies and comparisons using Artificial Intelligence for CCTV analysis to compare with current practices. Two of the students received industry placements during the project with the final still completing his last term.