Smoothing out the Infrastructure Cliff

Smoothing out the Infrastructure Cliff 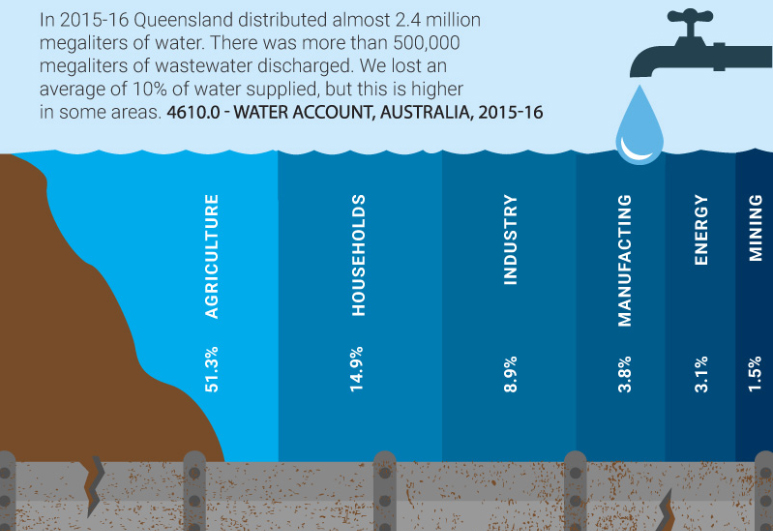 With more than half of Queensland’s water and sewerage assets being underground, two research reports undertaken for the Queensland Water Regional Alliances Program (QWRAP) have shed light on the state of in-ground assets and provided a comparison of costs for replacement versus repair to avoid what has been dubbed the state’s “Infrastructure Cliff”.

Worth an estimated $21 billion, Queensland’s in-ground assets comprise of approximately 42,000 km of water pipes and 33,500 km of sewers – more than half of the $38 billion estimated total replacement cost for all local government water and sewerage assets.

The research was funded by the Department of Natural Resources Mines and Energy in partnership with LGAQ, qldwater and participating water service providers in response to concerns about the economic challenges of extensive network rehabilitation for some communities.

qldwater Director, Innovation Partnerships, Dr Rob Fearon and project co-ordinator/researcher Ryan Cosgrove have prepared the reports outlining the expected extent of the problem throughout the state.

“We have collected data from about 75 per cent of the asset records for water and sewerage pipes from utilities around Queensland, looking at the age of the pipes, the materials they are made from and their size as well as modelling when they might come to the end of their useful life,” Dr Fearon said.

“The second stage of the study analysed what the costs of those repairs and replacement might be and what some of the options are for utilities across Queensland to address the ageing of mains.

We believe that careful investment can smooth out a potential infrastructure cliff.”

A large amount of the state’s underground infrastructure was installed during a nation-building period following WWII. The report shows a significant amount of Queensland’s pipes are made from Polyvinyl Chloride, Polyethylene, Asbestos Cement and Cast/Ductile Iron.

“There is wide variation in estimates of each pipe materials lifespan for example, AC pipes typically last about 70 years,” Dr Fearon said.

“Some operators have found very old pipes that still look like new, while others report digging down and finding that the pipe is completely eroded and all that is left is a hole.

“Then there are the different types of pipe material. It is so variable, it is difficult for utilities to predict when a pipe will come of age.”

Modelling conducted for the study looked at all pipes across the state and suggested that water mains breaks are being managed at present, but problems will increase rapidly over the next two decades and could be over four times higher by 2040.

Similar results were projected for sewer networks, which although typically younger than corresponding water schemes are predicted to suffer a more rapid rate of degradation.

The report concludes that a ‘business-as-usual’ approach to infrastructure renewals will not be enough to maintain current standards of service given the ageing in-ground assets across the state.

“The big question is when you should replace them, because it’s not efficient to replace pipes just after or even just before the first break,” Dr Fearon said.

“It’s best to replace most pipes when the cost of repairing becomes higher than the cost of replacement. But there is not a lot of specific information out there about the condition and criticality of individual pipes making it hard to know when to replace rather than relining or repairing them.”

The extent of pipe repair and replacement work necessary in regional centres throughout Queensland varied quite dramatically and the impact on local authorities would also vary with their size and resources, he said.

“Underground infrastructure is the biggest part of council’s capital holdings as a public water and sewage utility, so Queensland communities have a lot invested in those assets. For small to medium sized towns it is proportionately a bigger expense,” Dr Fearon said.

The research estimated that the current estimated replacement rate of 0.3% per annum of the 42,000 km ($11.5 billion) network of water mains means that pipes are ageing significantly faster than they are being replaced. Sewer mains are being replaced at an even lower rate, although sewer relining is common in many councils.

To understand the impacts of different levels of investment, a set of ‘unit rates’ (the cost to repair, replace or reline a given length of network) were developed from the literature and a survey of Queensland Service Providers. Costs vary for different sized pipes, so rates were selected for five common sizes and data on Queensland networks were grouped into size classes. The adopted rates were conservative and likely underestimate costs, particularly in highly developed areas or where access for replacement is difficult.

Using this methodology, the cost of replacing 0.3% of current water mains would be $34.4 million per year (or $18.12 per connection) but would take 170 years. At an annual rate of 1%, complete replacement would take 100 years costing $114.7 million to replace 420 km per annum. The average expected life of Queensland mains is only 70 years, and the current levels of investment are thought to be lower than either of these two annual figures. More data is needed.

Investment in sewer replacement is likely to be even lower. For the 33,500 km of sewers in Queensland, full replacement cost is estimated at $9.5 billion. Relining sewers is common practice and is cheaper than full replacement and relining costs may decrease over time as technologies improve. Not all sewers can be relined but an estimate for the total network using adopted rates is $6 billion meaning that the total cost to rehabilitate all Queensland sewers is between $6 and $9.5 billion.

As mains reach the end of their service life, breaks become more frequent. The impacts of breaks are well known to customers when they interrupt supply or disrupt traffic. However, they also cause less-obvious impacts such as business disruptions, environmental harm, sink holes, loss of water, property damage, public health risks, overloading of sewer networks and community alarm. Combined, these secondary costs have been shown to significantly impact local economies and carry reputational and political risks for water and sewerage utilities.

According to Dr Fearon, utilities must balance their investment in replacement and relining to maintain breaks at a level that is acceptable to customers and regulators, which can be a complex decision-making process.

“Modelling of different investment mixes to achieve this balance highlights the need for better targeting of funding for network renewal, not only investing in network repair and replacement but also putting funds towards condition assessment and prioritisation processes based on criticality.”

To achieve this balance in regional Queensland, the report made four recommendations: