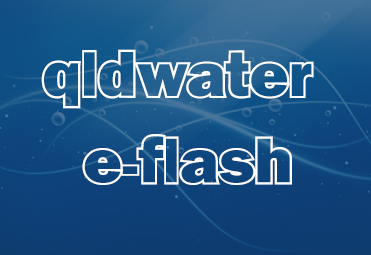 The 2019 SEQ National Water Account has been released and is available from the BoM website (www.bom.gov.au/water/nwa/2019). Reports for other Urban regions (Adelaide, Canberra, Melbourne, Perth, Sydney), including an urban overview summary, have also been released.

The Urban National Performance Report, which complements the National Water Account, has also been released and is located on www.bom.gov.au/water/npr. The NPR includes national water and sewerage data for service providers with greater than 10,000 water connections.

Recently the National Performance Report has been undergoing a review to which many members have contributed through direct submissions, qldwater submissions or in attending workshops. The findings and recommendations of this review have now been released (National performance report framework review).

Some key findings and recommendations:

SWIM features significantly in the report, including a specific recommendation (13) – “Where they do not already exist (e.g. SWIM in Queensland), State and Territory governments and industry should investigate opportunities for, and the feasibility of, single source of data entry for reporting entities in their jurisdictions to improve the effectiveness and efficiency of data provision and validation processes. If they determine that single source of data entry is cost-effective and desired, then the State or Territory and respective subset of industry should implement it.”

As this article was being prepared the Water Services Association of Australia, Managing Director Adam Lovell issued a related release – apologies to those who may have already seen it but we thought the national perspective might be of interest to others.  Thanks to Adam for permission to share:

In 2020, WSAA expects there to be a more significant national urban water agenda than previous years. One reason is the recent bushfires and drought which may lead to a more active Commonwealth Government in what are traditionally state based responsibilities. In addition, the Productivity Commission is conducting its triennial assessment of National Water Initiative, the urban water sub-committee of COAG appears to be gaining momentum with the drought as a catalyst; and building on its review last year the BOM is expected to commence a review of the indicators for the National Performance Report.

IA describes the List as the authoritative guide to the priority infrastructure investments Australia needs to secure a sustainable and prosperous future. The release received quite a lot of media attention and water was a focus with two new High Priority Initiatives announced:

These initiatives have been developed following IA’s assessment in its Audit that “the urban water sector faces challenges, including the impacts of climate change, population growth, ageing assets, and changing needs and expectations from users.” The Audit also stated that “without appropriately planning for these challenges, there could be severe urban water shortages or restrictions in many parts of the country.”

The proposed National water strategy is intended to “guide governments, the private sector and Australia’s population on how to efficiently and sustainably capture, use and manage water”.

IA indicates the Strategy should consider a number of areas including:

IA recommends the Strategy is developed in the near term (0-5 years). IA does not set out any detail on this or its implementation however, the Urban Water Sub-Committee of COAG would be able to take this up if it chose to.

The proposed town and city water security initiative is for a “mix of infrastructure and non-infrastructure responses, such as demand management, to efficiently meet agreed service standards for water security in Australia’s towns and cities”. IA identifies infrastructure interventions could involve new water sources, such as recycling and desalination and that collaboration and knowledge sharing will be important to achieve the best outcomes. In terms of next steps the List says that “proponent(s) to be identified”.

WSAA will continue to lead engagement with IA as they seek to develop these initiatives.

Other water references in the Priority List 2020 include five Priority Initiatives and one Priority Project:

On Friday the BOM released the National Performance Report.  Unlike previous years the full data set is now being made available in a more timely manner. It was made available on 28 November 2019, five months earlier than previous years. The delay in release of the dataset and Report has been one of the persistent criticisms of the NPR. The BOM did a soft release of the Report last Friday and there was no media release.

The BOM’s key messages from the Report are:

WSAA is in discussions with the BOM and the Commonwealth Government about commencing a review into the NPR indicators. Key areas for improvement are the customer and financial indicators and bulk water sector indicators.