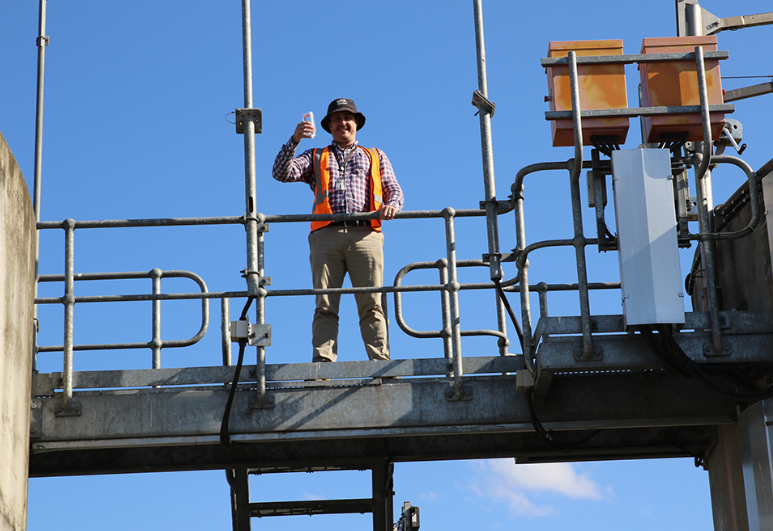 Around 70 attendees at the qldwater Annual Forum selected a sample from the Marian Water Treatment Plant as the best tasting water in a blind taste-off of seven samples from across Queensland. This was Mackay’s third win and the second time the Marian sample has won the competition, having claimed the title in  2019. Other accolades include winning the 5th National Ixom Best Tasting Tap Water competition before winning silver at the 2020 International Water Tasting Competition in Berkeley Springs, USA.

The winning sample is sourced from the Pioneer River and undergoes conventional treatment before being distributed to households and businesses in the townships of Marian and Mirani.

The runner up was Bundaberg Regional Council with water from the Bundaberg Depot Scheme coming in at a close second.

This is the tenth time a qldwater state-wide taste test has been conducted with the first major competition held back in 2012. It has since grown to become a coveted international competition with the Water Industry Operators Association (WIOA) introducing it in NSW, ACT, South Australia, Victoria, Tasmania and New Zealand. It also includes the annual Water of Origin, where the winning samples from Queensland and NSW battle it out at the WIOA QLD Conference each year.

In 2021 Australia finally won the grand prize at the US event with Tasmania taking the international title. Aussie water has now won second place three times, with Wannon Water and their tap water from Hamilton Water Treatment Plant in Victoria finishing second in 2019 and Marysville Water from Victoria placing second in 2016. Toowoomba Regional Council made it to Berkeley Springs in 2018, first taking out the 2016 Queensland title, then the 2017 Water of Origin against NSW before finally claiming the Ixom Best Tap Water in Australia competition in 2017 and representing Australia at the world event.

The 2017 and 2020 QLD champions, Livingstone Shire Council, immortalised their winning water in a very tasty limited-edition craft beer – Livingstone Lager with a tropical twist of Pineapple. All winning brews start with winning water!